Ceremony of the Francqui Prize by his Majesty The King
at the Fondation Universitaire June 12, 2018

Report of the Jury 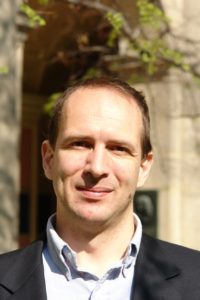 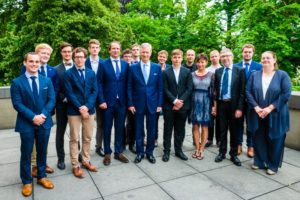 The Francqui Prize 2018 is awarded to Frank Verstraete for developing a self-consistent theoretical framework, based on tensor networks, which has elucidated the quantum states of matter. The framework is powerful and general enough to apply to many areas in quantum physics, including high-temperature superconductors, topological phases of matter, and engineered quantum many-body systems.

Members of the Internatonal jury :

David J. Gross is the Chancellor’s Chair professor of theoretical physics and former director of the Kavli Institute for Theoretical Physics, UCSB. Gross was awarded the 2004 Nobel Prize in Physics for the discovery of asymptotic freedom that led to the formulation of Quantum Chromodynamics, the theory of the strong nuclear force. He has also made seminal contributions to the theory of Superstrings. He holds honorary degrees from institutions, and is a member of scientific academies, worldwide. He is President-Elect of the American Physical Society.

Stephen Boyd is the Samsung Professor of Engineering at Stanford University.  He is the Chair of the Department of Electrical Engineering, and has courtesy appointments in the department of Computer Science, and the department of Management Science and Engineering.  His research focus is on convex optimization applications in control, signal processing, machine learning, finance, and circuit design.

Tim de Zeeuw is professor of theoretical astronomy at Leiden University. His research focuses on the formation, structure and dynamics of galaxies including our own Milky Way. He received the 2001 Prix Descartes-Huygens and the 2010 Brouwer Award, holds honorary doctorates from the Universities of Lyon, Chicago and Padova, and was Director General of the European Southern Observatory from 2007-2017.

David Donoho is Anne T. and Robert M. Bass Professor in the Humanities and Sciences at Stanford University. He is a foreign associate of the Academie des Sciences of France and a member of the US National Academy of Sciences.He received the 2013 Shaw Prize in Mathematical Sciences.

Adrian Ionescu is a Professor and Director of the Nanoelectronic Devices Laboratory at Ecole Polytechnique Fédérale de Lausanne (EPFL), Switzerland. His group pioneered and developed new electronic technologies and device concepts in the field of low power beyond CMOS. He is the recipient of the IBM Faculty Award 2013 and of the André Blondel Medal 2009 of the Society of Electrical and Electronics Engineering, Paris, France. He is an IEEE Fellow and a member of the Swiss Academy of Technical Sciences (SATW). In 2016 he was awarded an Advanced European Research Council Grant to develop energy efficient millivolt transistors and sensors based on the integration of 2D and phase change materials on advanced CMOS platforms, for Internet-of-Things applications.

Daniel Müller received his Ph.D. in Biophysics from the Biozentrum Basel, Switzerland, in 1997 and continued his career as a group leader at the newly founded Max-Planck-Institute of Molecular Cell Biology and Genetics, Dresden, Germany. In 2002 Daniel Müller accepted a full professorship of Cellular Machines at the Biotechnology Center of the University of Technology, Dresden, where he also acted as a director. In 2006 Müller co-funded one of the largest Bionanotechnology Spin-Offs in Germany, which manufactured the world’s first robot that fully automatically conducts single-molecule experiments and which was sold in 2008. In 2008 Daniel Müller in a team launched a new research center for Molecular Bioengineering (B CUBE, www.bcube-dresden.de) at the TU Dresden. In December 2010 Müller accepted the Chair of Bionanotechnology at the ETH Department of Biosystems Science and Engineering (D-BSSE) in Basel. Together with Wolfgang Meier (Uni Basel) Daniel Müller in 2014 launched and co-directs the Swiss National Competence Center of Research (NCCR) Molecular Systems Engineering at Basel (www.nccr-mse.ch).

David Naccache (Ecole normale supérieure, Paris) is an expert in cryptology and information security. Before joining ENS he was a professor during 10 years at Université Panthéon-Assas Paris II. He authored more than 180 scientific papers in computer science and is the inventor or the co-inventor of more than 150 patent families. Before joining academia, Professor Naccache previously worked for 15 years for Gemplus (now Gemalto), Philips (now Oberthur) and Thomson (now Technicolor). He studied at UP13 (BSc), UP6 (MSc), IMAC (Eng), TPT (PhD), UP7 (HDR) and IHEDN. He am a forensic expert by several courts, and the incumbant of the Law and IT forensics chair at EOGN. His current research areas are code security, forensics, the automated and the manual detection of vulnerabilities.

Ulrich Pöschl is director of the Multiphase Chemistry Department at the Max Planck Institute for Chemistry and professor at the Johannes Gutenberg University in Mainz, Germany. He has studied chemistry at the Technical University of Graz and he has worked as a postdoctoral fellow, research scientist, group leader, and university lecturer at the Massachusetts Institute of Technology and the Technical University of Munich. His current scientific research and teaching are focused on the effects of multiphase processes in the Earth system, climate, life & public health (http://scholar.google.com/citations?user=czxG87cAAAAJ&hl=en).

Professor Spencer Sherwin, FREng is the Head of the Aerodynamics Section in the Department of Aeronautics at Imperial College London. Over the past 20 years he has specialised in the analysis, development and application of advanced parallel  methods for flow around complex geometries as distributed in the open source, spectral/hp element package Nektar++ (www.nektar.info).  His group (www.sherwinlab.info) has works on a range of problems with a particular emphasis on vortical and bluff body flows, biomedical modelling of the cardiovascular system and more recently in industrial practice through partnerships with McLaren Racing and Rolls Royce.

Nicola Spaldin is the Professor of Materials Theory at ETH Zurich. She developed the class of materials known as multiferroics, which combine simultaneous ferromagnetism and ferroelectricity, for which she received the 2017 L’Oréal-UNESCO For Women in Science award. She is a passionate science educator, director of her department’s study program, and holder of the ETH Golden Owl Award for excellence in teaching. When not trying to make a room-temperature superconductor, she can be found playing her clarinet, or skiing or climbing in the Alps.

Peter Zoller is Professor at the University of Innsbruck and research director at the Institute of Quantum Optics and Quantum Information (IQOQI) of the Austria Academy of Sciences. He works on quantum optics and quantum information and is best known for his pioneering research on quantum computing and quantum communication and for bridging quantum optics and solid state physics. As a theoretician, Zoller has written major works on the interaction of laser light and atoms. His ideas and concepts attract plenty of interest within the scientific community and his works are highly cited. Peter Zoller has received numerous awards for his achievements including the Wolf Prize, Benjamin Franklin Medal and the Max Planck Medal.

David Charbonneau is a Professor of Astronomy and Harvard College Professor at Harvard University. His research focuses on the discovery and characterization of planets orbiting other stars, with the ultimate goal of identifying inhabited worlds. He was the first to observe a planet eclipse its parent star; this method, known as transits, is the means by which most planets outside the solar system have been identified.  He also developed the first methods which astronomers use to study the atmospheres of these distant worlds. He currently directs the MEarth Project, which aims to find the first habitable exoplanet that can be searched for the chemical signatures of life, and Opportunity M, an interdisciplinary collaboration that develops the tools with which to undertake that characterization. He was a member of the NASA Kepler Mission, and the upcoming NASA TESS Mission, scheduled for launch on April 16th, 2018.  Dr. Charbonneau completed his PhD at Harvard in 2001, then was a Millikan Postdoctoral Fellow at Caltech. He has received numerous awards for his research accomplishments, including the Waterman Award (the NSF’s top prize for a scientist under the age of 35), the NASA Medal for Exceptional Scientific Achievement, the Raymond and Beverly Sacker Prize in the Physical Sciences, and he was named Scientist of the Year by Discovery Magazine. In 2017 he was elected to the US National Academy of Sciences and the American Academy of Arts and Sciences.

Members of the Jury 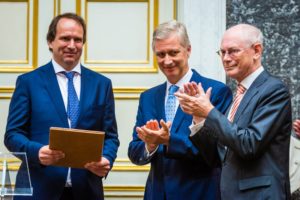