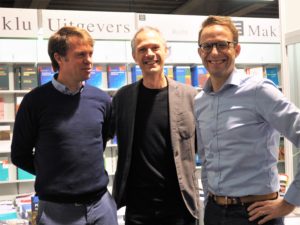 Ceremony of the Francqui Prize by his Majesty The King
at the Fondation Universitaire June 6, 2019

The jury of selection has chosen Laurens Cherchye, Bram De Rock and Frederic Vermeulen to share the 2019 Francqui Prize for their innovative and important work on decision-making by households.

Up until the 1980s, economists tended to view choices by households as if made by a single individual. The work by Cherchye, de Rock and Vermeulen considers a more realistic setting where relationships within the household influence both individual and collective behaviour. Their framework can be applied to a range of decisions, not only consumption but also work, child-care, education, and health.

This internationally recognized line of work is increasingly relevant in our times where demographic, social and economic changes have affected gender relationships within households as well as the very formation of households. This research makes economics more useful and more complementary with other social sciences. Applying techniques from mathematics and statistics to household data, it draws surprisingly sharp conclusions about how people will gain or lose when the economic environment changes.

The work has proved valuable for evaluating policy proposals such as changes in child benefits, tax rates, and reducing pay differentials between men and women.

Eric Maskin is the Adams University Professor and Professor of Economics and Mathematics at Harvard. He has made contributions to game theory, contract theory, social choice theory, political economy, and other areas of economics. He received his A.B. and Ph.D from Harvard and was a postdoctoral fellow at Jesus College, Cambridge University. He was a faculty member at MIT from 1977-1984, Harvard from 1985- 2000, and the Institute for Advanced Study from 2000-2011. He rejoined the Harvard faculty in 2012. In 2007, he was awarded the Nobel Memorial Prize in Economics (with L. Hurwicz and R. Myerson) for laying the foundations of mechanism design theory.

Donald Katz completed his undergraduate studies at Brown University, after which he received a dual degree in Clinical Psychology and Neuroscience at Indiana University. Upon completing his Neuroscience doctorate on the role of the cerebellum in motor learning, he moved to Duke University Medical Center in Durham, North Carolina, where he learned advanced neural recording techniques and became obsessed with how the brain determines the palatability of a taste stimulus in the mouth. He has taken this interest to Brandeis University in Boston, Massachusetts, where he is now a Full Professor of Psychology and Neuroscience, overseeing work that breaks new ground on our understanding of complex population coding of taste and taste learning.

Mahzarin Banaji is Richard Clarke Cabot Professor of Social Ethics in the Department of Psychology at Harvard University (www.fas.people.harvard.edu/~banaji) and was previously Reuben Post Halleck Professor of Psychology at Yale University. Banaji studies implicit social cognition – the way minds and brains acquire and use knowledge to make judgments about others and themselves. Banaji is a member of the American Academy of Arts and Sciences, Herbert Simon Fellow of the American Academy of Political and Social Science, the British Academy, and the National Academy of Sciences. In 2016 Banaji received the William James Fellow Award for “a lifetime of significant intellectual contributions to the basic science of psychology” from Association for Psychological Science, an organization of which she also served as president. In 2017 she received the American Psychological Association’s Award for Distinguished Scientific Contribution. Her public teaching project may be found at outsmartinghumanminds.org

Melinda Mills, MBE, FBA is the Nuffield Professor of Sociology and Director of the Leverhulme Centre for Demographic Science at the University of Oxford. She was previously Editor of European Sociological Review and is on the Executive Council of the ESRC UK Science Council and Supervisory Board of the Dutch Science Council. Her current work focusses on the intersection between social sciences and molecular genetics.

John Muellbauer is a Senior Research Fellow of Nuffield College and a Senior Fellow of the Institute for New Economic Thinking at the Oxford Martin School, Oxford University. He is a Fellow of the British Academy and of the Econometric Society. He is best known for his work on household economics and on finance-real economy interactions and is a regular contributor to https://voxeu.org. 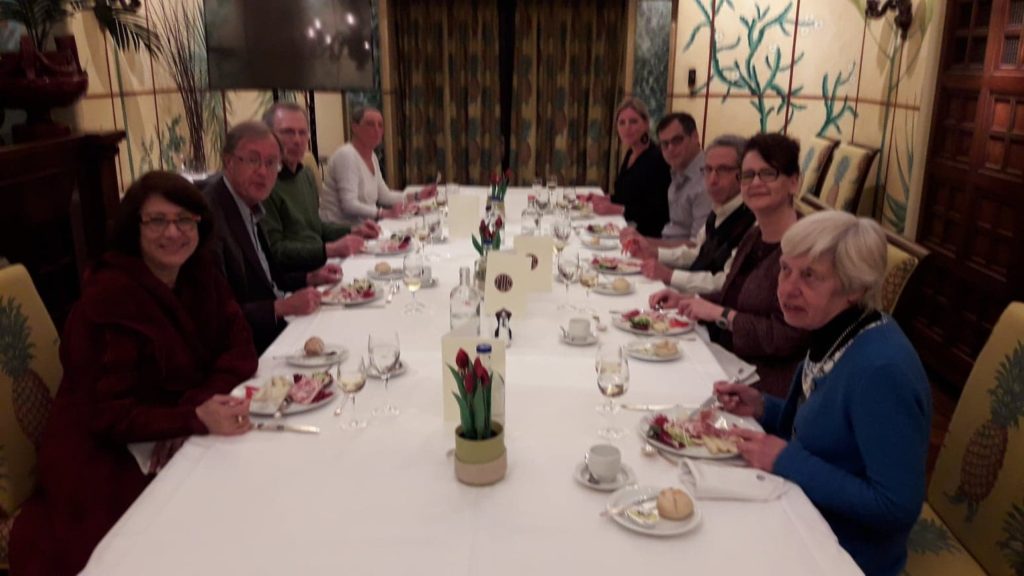 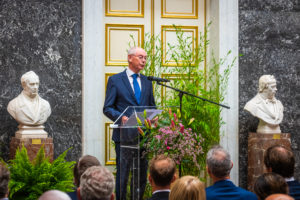 The Laureates with his Majesty King Philippe